The development has began 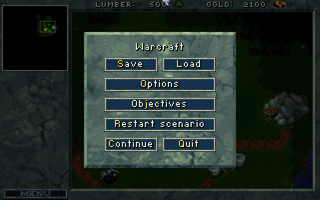 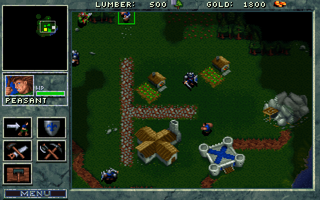 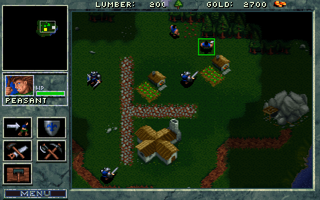 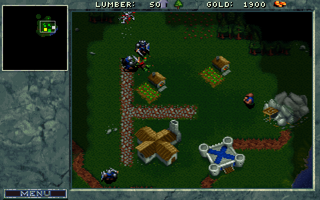 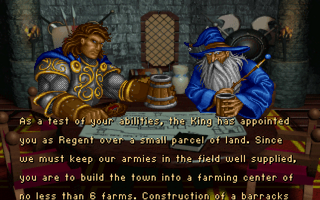 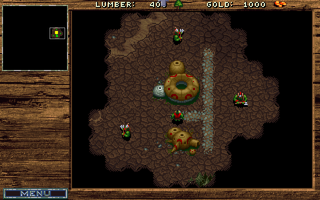 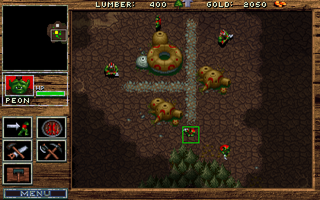 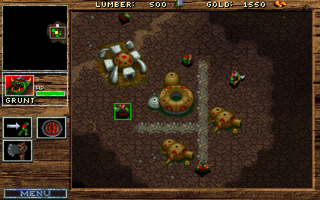 All jokes are fictional at the moment of writing, any similarity with reality is a mere coincidence.
This series of articles is not intended to teach how to write game engines, nor is it intended to claim the correct way of doing things.

One of the first games I played was Warcraft II: Tides of Darkness. I loved it. Not only the story behind the game but the mechanics. The strategies and tactics that you need to learn and do to defeat the enemies were something captivating for me. So I played it, and played it, and played it some more. I finish it several times and when the expansion Warcraft II: Behind the Dark Portal found its way to my hands I had whole new hard levels to play. It was awesome.

Part of my childhood was influenced by that kind of game, not only the Warcraft series but the Age of Empires series, Command & Conquer series, etc. I grew up looking up to Blizzard as a game development company that provides us with such good experiences. I was more impressed when I learned that those games were developed by small teams, and I always wondered if someday I could do like them and develop whole games.

Then at one point last year I read something that frustrated me a little. With all the remastering and remaking that has been happening in recent years to other games, I read a statement by Blizzard that they won’t remaster Warcraft I or Warcraft II. How Blizzard could make such a decision? I wanted to play those games again, with modern computers and features, especially the first one that I never played it. They say that those games weren’t fun anymore, they said: “...in today’s world, by today’s standards, it’s just not that fun anymore.” <link: https://kotaku.com/blizzard-wont-remaster-old-warcraft-games-because-theyr-17886...>.

I wanted to test their theory, so I download a demo version <link: https://archive.org/details/WarcraftOrcsHumansDemo> and ran it with DOSBox. I understood it in like 5 min of playing. It was somewhat true that you lose interest very quickly with those games taking into account “modern” standards. So my immediate question was: “...well, why don’t they make it fun again?” I have not an answer to that, maybe because they have bigger projects to do.

But then, I remembered that I always wanted to program games like this, I knew that I could do it, it’s just a bunch of sprites on the screen, right? So I said, yes I said it: “f*** Blizzard, I’m gonna do it.” And just like that began my “epic” journey through the world of orcs and humans and make them fight (it’s not as epic as it sounds).

I decided to do it and make it better, make it “modern”, so they are fun again. I knew it would be a long road, not like with the NES emulator, in which I said, yes I said it: “...how hard could it be?” and it was another long road.

I should say that before began I spent 2 whole hours researching for other remakes projects of Warcraft I. It’s not like I’m reckless and start things without the proper state of the art research. Maybe I was looking for an excuse to not do it, but I was determined, nothing could stop me, I wanted to teach Blizzard how it’s done, and then I found the Stratagus project <link: https://wargus.github.io/war1gus.html>... darn! The whole game was implemented and I began to think that maybe it doesn’t make sense for me to do it, maybe I should spend my time in other productive things. I tried the project, and it works well, it is nice, even has some “modern” features, but… and that “but” was like a breath of fresh air, I remember another goal of mine is doing this: learn how to do game engines, in particular, RTS games. I knew what they are, I knew what are they composed of, I have done several parts of one in the past, but I never had done one complete before. So even though the game was implemented in the Stratagus engine, I want to learn by doing one.

So I began with the basics, render one sprite on the screen:

See? easy, now the rest of the game. The project will be called just War 1.

A remake of Warcraft: Orcs & Humans